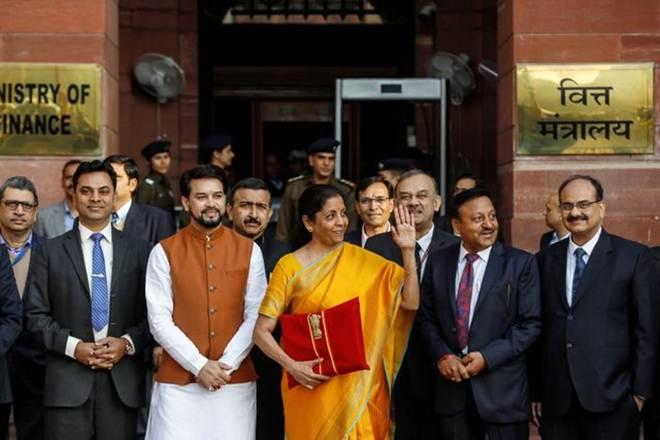 Delivering the much-awaited Union Budget 2020 speech on Saturday, Finance Minister Nirmala Sitharaman announced a handful of measures to boost the startup ecosystem in the country, including changes in ESOP taxation.

The government has proposed deferring tax payments on ESOPs until five years or when the employees or sells his shares. Further, it has proposed a 100% deduction of profits for three consecutive assessment years for startups having turnover of up to Rs 100 crore from the existing 7 years to 10 years.

The measures announced by the Minister have garnered positive responses from startups and industry experts.

Calling it a ‘fantastic’ budget on startups, Saurabh Srivastava, Chairman, Indian Angel Network, said, “The measures announced on ESOPs, taxation and seed fund will infuse tremendous energy in the ecosystem. The clear message on no-undue harassment will provide renewed confidence to entrepreneurs to create new innovative startups that create jobs and wealth in India and strive to take over the world.”

According to Geetika Dayal, Executive Director, TIE Delhi-NCR, the startup community had been waiting with bated breath to receive some relief from the taxing of employee stock ownership plans (ESOPs). “It was widely accepted that the tax on ESOPs should be deducted only at the time of sale rather than the shares vested. Also, the increase in the period for startups to claim tax deductions for accumulated losses from 7 to 10 years will allow them to take more risks and innovate on a larger scale.”

‘The change in taxation event means that the employee can get his vested shares in hand and pay tax only when he liquidates or chooses to leave the organization. So it takes the illiquidity and risks out of ESOP exercise. So founders can no longer wrongly sell ESOP and hold employees ransom. It’s a great opportunity for quality and fair Founders to stand out and genuinely share in value creation,’ he said.

The startup community has been long demanding changes in the tax treatment of ESOP. At present, employees in startups are required to pay tax whenever they sign up for ESOP and are also supposed to pay taxes on capital gains when they redeem their ESOPs. Sitharaman’s proposals brought a huge relief here.

Among other measures to boost investment, the government has proposed to set up an investment clearance cell “to give investors free investment advisory, land banks and facilitate clearances even at the state level.” The Department for Promotion of Industry and Internal Trade (DPIIT) has plans to set up the cell for applying for licenses and incentives given by both central and state governments.

Lauding the government’s measures to support taxpayers, wealth creators, and ease their ability to fulfill aspirations. Kunal Shah, CEO & Founder, CRED, said, “Single investment clearance cell is a step forward in bringing consistency and clarity for entrepreneurs and investors. Its implementation will take us closer to developed countries where entrepreneurs can start businesses in one working day.”

Agreeing with the above sentiments, Mayank Khanduja, Principal, SAIF Partners, said the investment clearance and advisory cell will go a long way in improving processes around the ease of doing business in the country.

Anuj Golecha, co-founder, Venture Catalysts, welcomed the setting up of a dedicated investment clearance cell and said that “it will offer a much-needed respite to funding deprived startups.”

At present, to get permissions for GST registration, import-export codes, environment clearance, etc., a new investor has to apply at different central governments. Sitharaman’s proposed investment declaration cell will use a single form to onboard all central-government related procedures and clearances as mentioned above.

Meanwhile, there were some in the startup fraternity who felt the need for more initiatives and measures from the government.

While Ashish Sharma, CEO, InnoVen Capital India, welcomed the change in ESOP tax treatment and extension of the period for startups to claim the tax deduction, he said that this budget only had a couple of announcements with respect to startups.

CRED’s Shah felt that financial literacy is the need here. “Education focus is much-needed, both online as well as through investments in the space. Hope financial literacy and credit literacy are included in the curriculum so that millions of first-generation taxpayers can manage their money better,” he added.

ClearTax’s Gupta dubbed the amendments to section 80-IAC (100% deduction on the income of startups for three years out of seven) on relief to startups as ‘lackluster’. “This section has several conditions that need to be fulfilled and a lot of approval built into it as eligibility criteria. The government needs to relax this more. Also, reduced compliances via a single window for multiple compliances, reduced applicability of various Acts could really ease doing business in India and this will be more impactful.”

Stating that the startups have emerged as the engine of growth for the economy, also proposed to provide early-stage funding including seed funding to support ideation and development of early-stage.

Published in Economic Times on February 1 | Source: https://bit.ly/2XPUZz4
Click here for content on actionable insights that you can use to deal with the business impact of COVID-19!
Click here for a blog on how ESOPs can become meaningful rewards in an employee’s career.